There are plenty of cranes that can be 'plugged in' at the lifting location. But BKV wondered why there are no cranes that can run on their own power. Decisive as the Barneveld lifting specialists are, they fitted a brand new tower crane (Liebherr MK 73) with a battery pack. “On a full battery, we run completely emission-free for two days,” says Albert Deij. “With this contractors will impress their clients”

The MK 73 is shiny, in its yellow / blue BKV jacket. The brand new mobile tower crane is a novelty from the stable of the Barneveld crane rental companies. “We all have a responsibility to minimize harmful emissions,” according to Daan and Albert Deij, who run a family business together with the brothers Dick and Henri. “We are not waiting for the crane manufacturers to finally come up with electric models. Many mobile cranes can run on construction power, but when they do they need at least 32 or 63 amps. If that is not available, the diesel generator of the crane is switched on.”

Battery pack on the crane superstructure
Albert, responsible for the workshop of the crane rental company, took the initiative. Together with his technical team, he decided to fit a brand new Liebherr MK 73 with a battery pack. A mobile tower crane that can handle around 6,000 kg close to the mast, and around 2,000 kg at a maximum radius of 38.5 meters. “This crane is equipped with an electric drive from the factory. This makes the model very suitable for electrification. In addition, there is space on the crane superstructure, where the generator was located on previous models. This is now placed in the crane undercarriage by Liebherr. We have placed 16 batteries, including a control panel, in the space that has become available, behind the cabin on the superstructure.”

Without drilling and welding
Albert emphasizes that nothing has been modified on the crane. The cabinets with the battery pack and the control are installed without welding or drilling one extra hole. “We wanted to leave the crane completely original and not intervene constructively.” It proves the care with which BKV proceeded.

Constantly or only at peaks
The results are impressive. The BKV tower crane can now perform two full days of work on one full battery. It will be charged again within approximately seven hours. “The crane operator has three choices; Run entirely on the battery pack, use a combination of battery pack and supplied site construction power, or run solely on the crane's generator. If the operator connects to the construction site powers supply, he can decide how many Amps he wants to extract from the construction power supply. If the crane operator sets this to, for example, 15 Amps, the remaining energy is extracted from the battery pack onboard of the crane.”

Green innovation
Daan and Albert are enthusiastic about this ‘green' innovation. “Contractors are faced with the task of construct as environmentally friendly as possible, with a minimum of harmful emissions. By running the crane  undercarriage Stage V engine on the fossil-free, renewable fuel HVO, the crane drives virtually with no CO2 emissions, and with significantly lower harmful emissions. On the construction sites itself, the crane will now run silently and without any emissions.”

The electrification doesn’t come cheap – according to the Deij brothers about five percent of the crane value, is required to accomplish this. But they are confident that clients appreciate the value in it. “Building without harming the environment is not an easy task. Let’s do it together, and not just talk and think, but act!" 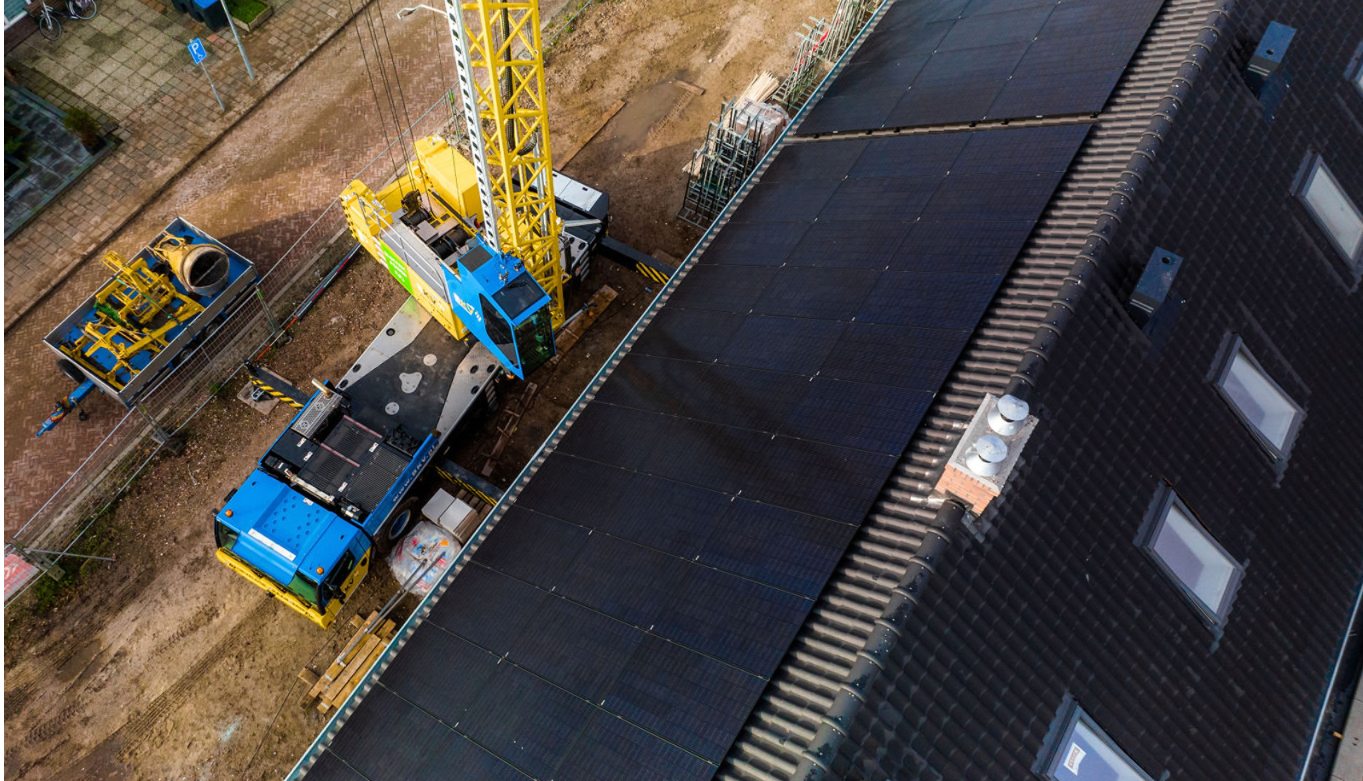 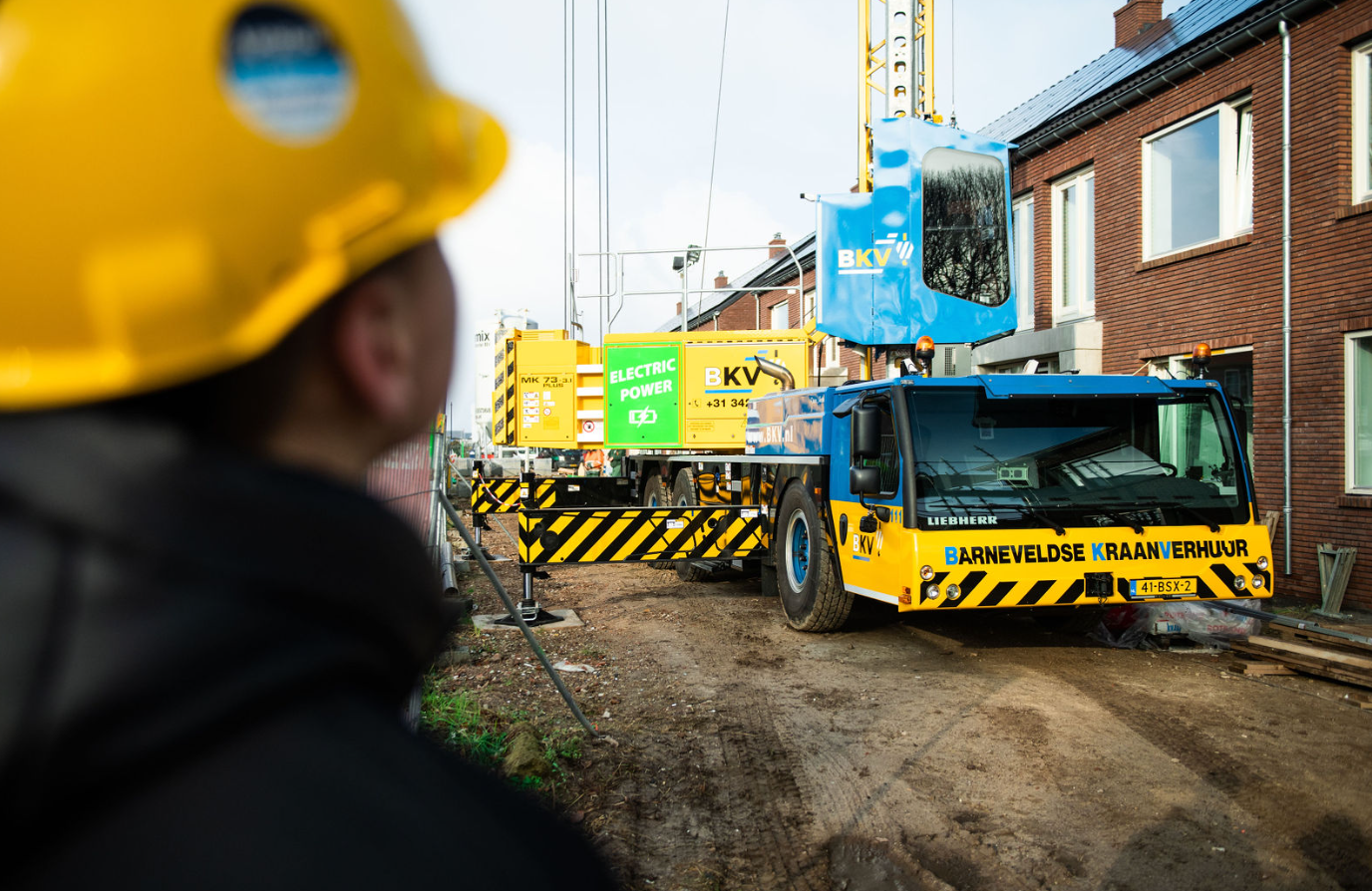 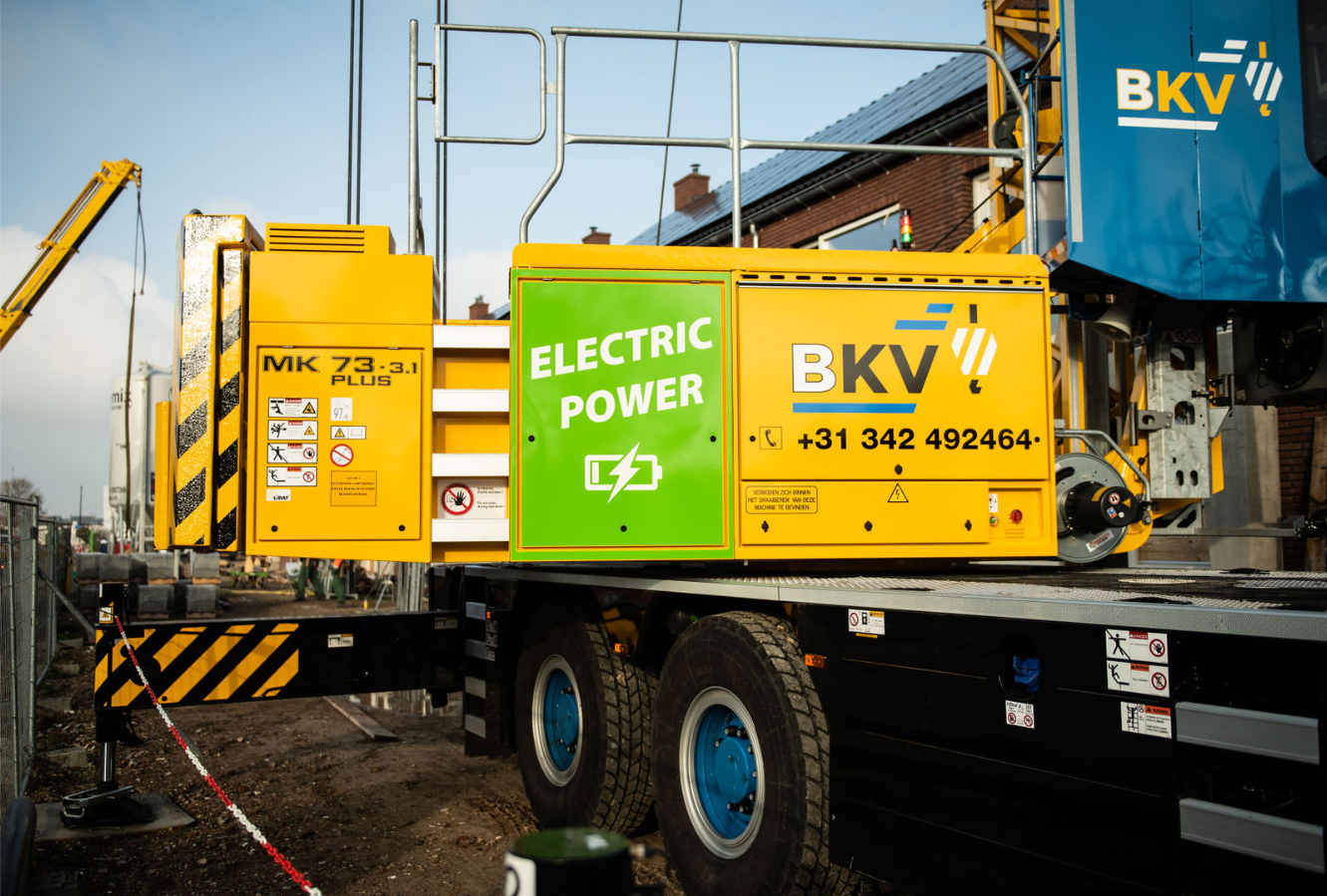 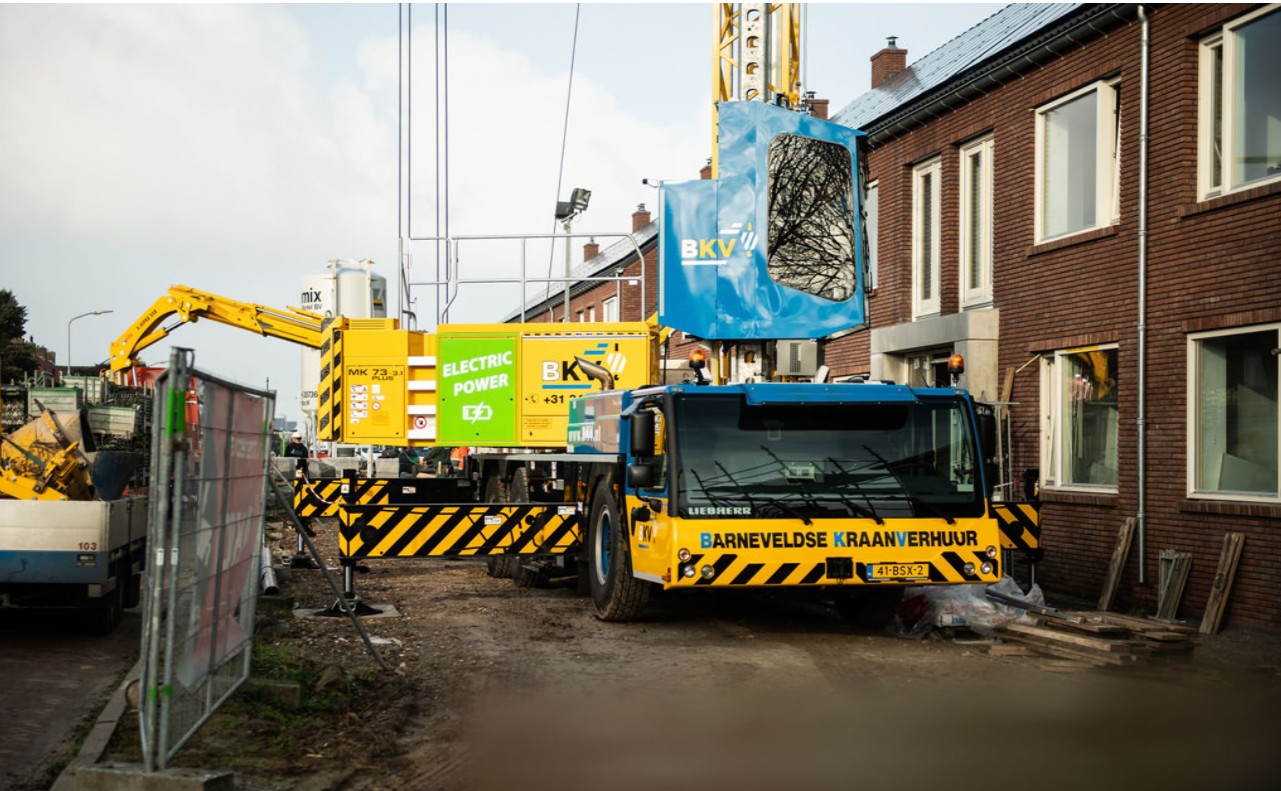 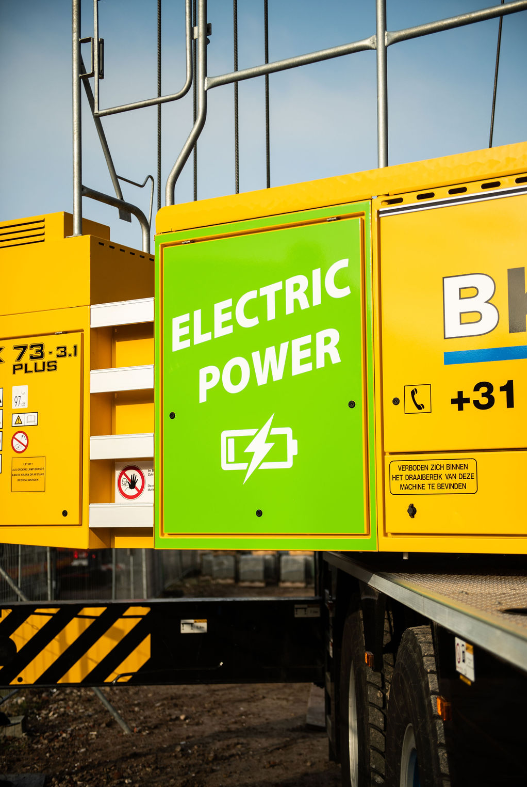 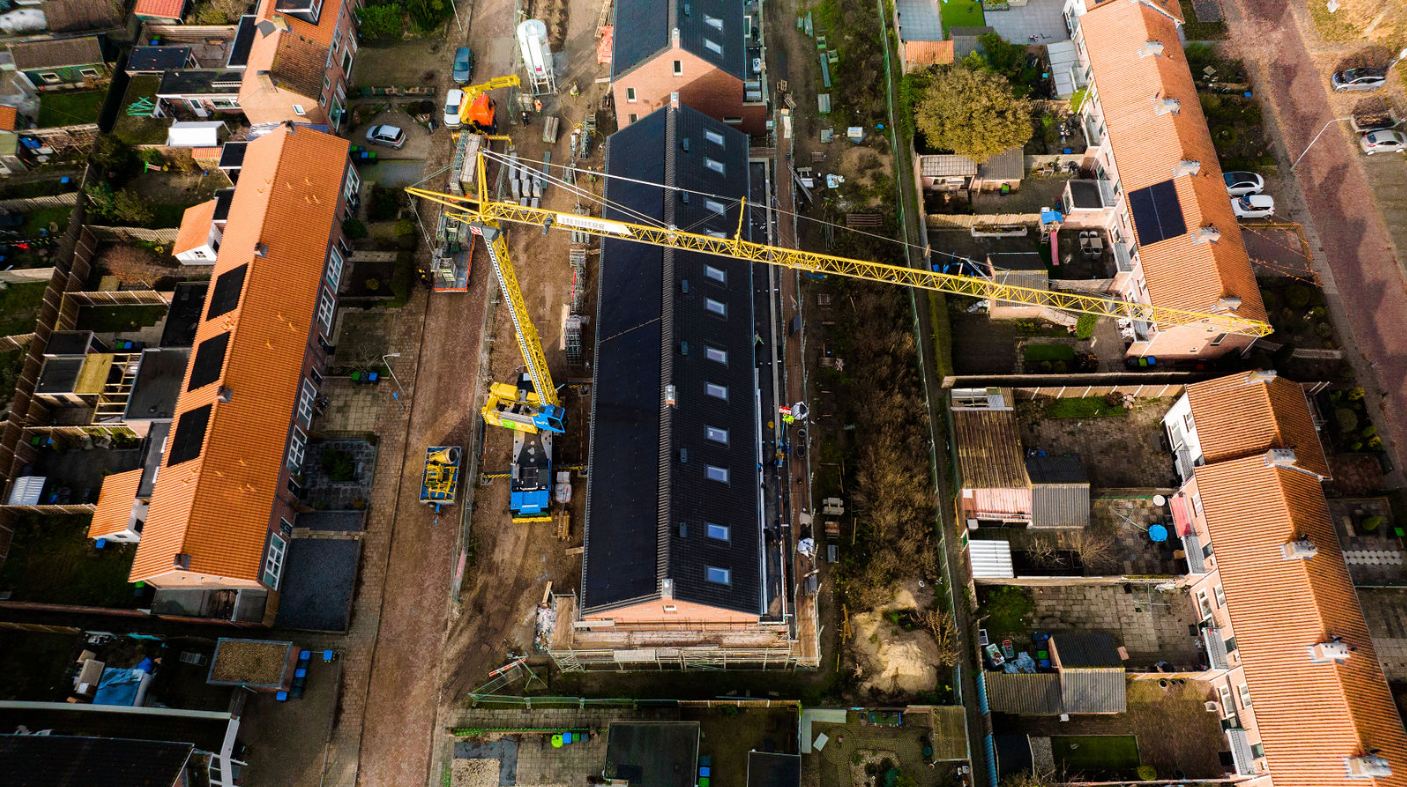 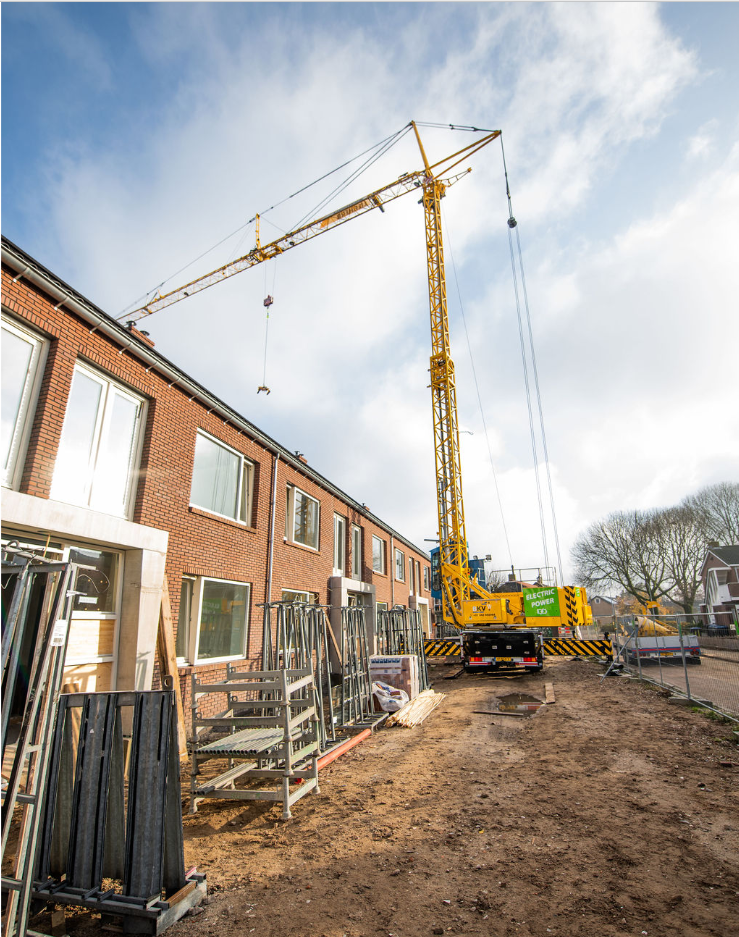